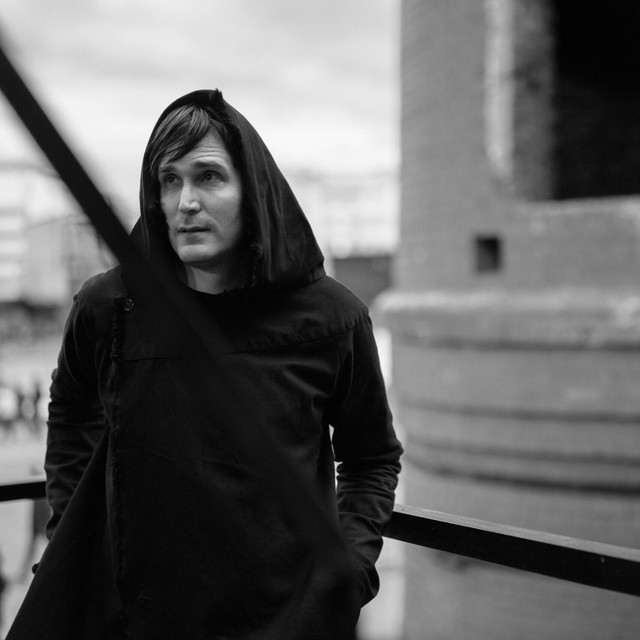 Originally based in Seattle, Rafael Anton Irisarri is an American artist who composes ambient, drone, and post-minimalist music. His recordings heavily utilize field recordings, bowed guitars, strings, and electronics, creating dense clouds of blurry, hypnotic sound that often have a mournful, elegiac quality. He has performed concerts in collaboration with numerous experimental, electronic, and indie musicians, including Fennesz, Greg Davis, Grouper, and Lawrence English. Since 2007, Irisarri has co-curated numerous experimental music festivals and concerts, including Seattle's Decibel Festival and Substrata, as well as events related to the Ghostly International label. He has created live visuals for Lusine, Solvent, Simon Scott, and several other artists. He also records shoegaze-influenced ambient techno as the Sight Below, and collaborates with dream pop singer/songwriter Benoît Pioulard under the name Orcas. His solo discography includes releases on Room40 (such as 2013's The Unintentional Sea), Umor Rex (2017's The Shameless Years LP and several cassette), and Dais Records (2020's Peripeteia). Irisarri's debut release was the full-length Daydreaming, issued by Miasmah in 2007, a haunting album of slow-moving, atmospheric piano works reminiscent of composers such as Harold Budd. The following year saw the release of the Sight Below's No Place for Us EP and Glider full-length, although the project's identity was kept anonymous at the time. Its synthesizer-free combination of steady, minimal techno beats and atmospheric guitars struck a chord with listeners, receiving critical acclaim as well as attention from Radiohead's Thom Yorke, and the Sight Below performed at several music festivals throughout Europe and North America, in addition to touring with Ghostly labelmate Lusine. The Sight Below toured with Slowdive's Simon Scott in 2009, and released the Murmur EP (including remixes by Scott as well as Biosphere and Eluvium). The year 2009 also saw the release of Irisarri's "Hopes and Past Desires" 7" single on the Immune label. Arriving in 2010, It All Falls Apart, the Sight Below's second album for Ghostly, was a full collaboration between Irisarri and Scott. The album also featured guest vocalist Jesy Fortino (Tiny Vipers) on a cover of Joy Division's "New Dawn Fades." Also that year, Irisarri released the Reverie EP on Immune under his own name, followed by the full-length The North Bend on Lawrence English's Room40 label. As the Sight Below, he remixed Pantha du Prince and Biosphere in 2011. The self-titled debut by Orcas, Irisarri's dream pop collaboration with Benoît Pioulard, was released by Morr Music in 2012. Room40 issued The Unintentional Sea, Irisarri's third full-length under his own name, in 2013. Orcas' sophomore album, Yearling, appeared on Morr Music in 2014. On Memorial Day weekend of that year, as Irisarri and his wife were preparing to move from Seattle to New York, all of their belongings were stolen, including over $50,000 worth of musical gear. Ghostly set up an online fundraising campaign for Irisarri that eventually raised over $18,000. This campaign also included an extremely limited vinyl release of Unfurled, an EP featuring the final Sight Below track recorded in Seattle as well as remixes by Markus Guentner, Loscil, Yagya, and others. In 2015, Irisarri issued two EPs under his own name (Will Her Heart Burn Anymore and Unsaid), and Room40 released A Fragile Geography, his darkest, most intense work to date. Irisarri's collaboration with Argentina-based ambient composer Leandro Fresco, La Equidistancia, was released by A Strangely Isolated Place in 2017. The solo album The Shameless Years appeared on Umor Rex the same year. This was followed by Midnight Colours, which was released by Geographic North in 2018. Two Umor Rex cassettes, El Ferrocarril Desvaneciente and Sirimiri, also appeared in 2018. Solastalgia was issued by Room40 in 2019. A second collaboration with Fresco, Una Presencia en la Brisa, appeared at the beginning of 2020. Peripeteia, Irisarri's first release on Dais Records, was released four months later. ~ Paul Simpson, Rovi