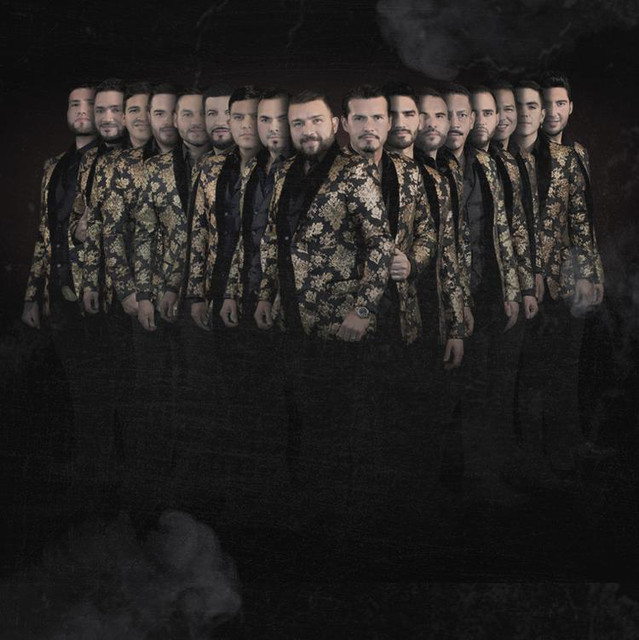 Banda el Recodo is not only one of Mexico's most successful bandas, but one of its most eclectic. For over 80 years, the group has performed a mixture of Latin dance tunes, jazz swing, and classical music. They were the first banda to be recorded and have released more than 200 records, bringing their music from the barrios of Mexico to the international stage. They were the first Mexican recording artists to play all five inhabited continents: Europe, Asia, Africa, Oceania (Australia), and the Americas. In addition, they have been awarded more than any other Mexican Regional group, with 12 Premio Lo Nuestro a La Musica Latina and six Latin Grammys among their trophy treasure trove. Formed in 1938, La Banda el Recodo was conceived by self-taught clarinet player Don Cruz Lizárraga (born July 1, 1918; died June 17, 1995). Although his formal education ended after his first year of junior high school, Lizárraga was a master as a musician and bandleader. Teaching himself to play clarinet, against the wishes of his father, he had to sell one of his pigs to raise the down payment for his first instrument. He raised the additional cost by picking corn for a neighbor. In the early '50s, Lizárraga joined a banda de musica sinaloense, gradually becoming the group's director. Shortly after moving to Mazatlan, Sinaloa, he accepted an invitation to sign with RCA Victor. Although he recorded his first two tunes, "Mi Adoracion" and "El Callejero," with a quintet, he soon formed La Banda el Recodo with its classic lineup of two clarinets, two trumpets, two trombones, bass drum, and snare drum. Lizárraga continued to lead La Banda el Recodo until his death from cancer in 1995. The group continued to tour, however, led by his clarinetist sons German and Alfonso. In 2000, under the new leadership, La Banda el Recodo began prolifically releasing albums. Five years after the death of Lizárraga, La Banda el Recodo won their first Grammy for Best Banda Performance for "Lo Mejor de Mi Vida" at the first annual Latin Grammy Awards show. In 2003, they performed three consecutive sold-out nights at Mexico City’s premiere venue, the Auditorio Nacional. The following year, during Cinco de Mayo celebrations, La Banda el Recodo became the first banda ever to play the White House. Their 2006 hit album, Mas Fuerte Que Nunca, mixed banda, salsa, and cumbia and expanded their audience to a new generation. Also that year, they appeared in Televisa’s telenovela La Fea Mas Bella and performed the main theme song. Their songs also appeared on the soundtracks of American films Rocky Balboa and Babel. Two years later, the city of Las Vegas, Nevada signified October 9 as "Day of Don Cruz Lizarraga." Two stars on the city's Walk of Fame were awarded -- one each for La Banda el Recodo and its founder. The group's touring popularity only grew. Not only did their recordings continue to do well, but in addition to headlining their own shows, they often shared festival and stadium stages with Latin pop stars. Between 2010 and 2015, they netted no less than six titles on the Mexican Regional Albums charts and eight on the Top Latin Albums list, including several number ones. 2010's Me Gusta Todo de Ti spent 38 weeks on the Hot Latin Albums chart, while 2011's La Mejor de Todas peaked at number three. In 2013, their 200th album, Haciendo Historia, offering 14 songs ranging from romanticos to rancheros, placed at number six and hit several digital charts as well. Two years later, Mi Vicio Más Grande topped both Mexican Regional Albums and the Hot Latin albums charts simultaneously. Raices, issued in the summer of 2016, repeated that success and revealed La Banda el Recodo to be not only a Mexican institution, but a group that could continually generate new fans. A year later, they followed up with Ayer y Hoy, featuring the single "Me Prometí Olvidarte." ~ Craig Harris & Thom Jurek