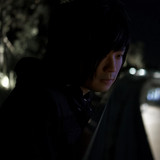 (Arden) Akihiro Akane is an Asian Australian Singer Songwriter and Composer based in Yokohama, Japan. His main genres are: Alternative Rock, Musical Theatre, and Orchestral video game music. Apart from music composition, he is active in the Tokyo theatre community. He believes that music is more than mere entertainment but that it has transcendental value due to its capacity to move the emotions and to express pure beauty. Unfortunately, many often value art as a commodity in the modern neoliberal capitalist culture, measuring it's worth in sales and popularity rather than its ability to heal and challenge the world. He writes more explicitly about societal issues under the alternate name Arden Aki.