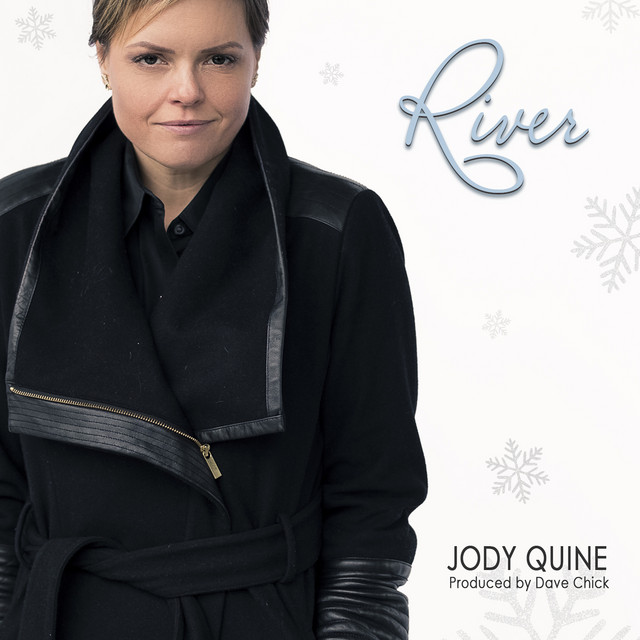 Two time Billboard charting Vocalist, Jody Quine (Sleepthief, Balligomingo), covers Joni Mitchell’s River this holiday season. Her transcendent vocal style expands from silken sweetness to smoldering power, with a voice that beds down with the shivers under your skin, she will reach into your haunts and pull out the light. Quine’s most recent solo record, Stand Up, co-produced with Winston Hauschild have some of Canada’s best musicians, and was mixed by Andrew Scheps and mastered by Eric Boulanger has been very well received. Jody has found new depths as a songwriter, opening her heart up on topics of letting go, being true to yourself, heartache, depression, love, and hope. Having toured the US several times playing venues such as Hotel Café (LA), The Bitter End (NYC) and many other major US cities, on stage she is positively mesmerizing, she mines deep emotionality with disciplined focus. Between songs, her background in improv comedy shines through as she entertains with warmth and wry wit. Jody discovered her musical talent at an open mic, singing with a friend to a packed house. Her pristine and angelic vocals hushed the crowd. When she finished, the room erupted in exuberant applause and cheers.

“I thought ‘This is it, I think I’ve found my thing.’ It felt amazing,” she recalls. “It’s been a wonderful adventure with my own music,” she says of this new era. “I am so blessed by my fans and their support throughout my career, and especially on this solo journey."