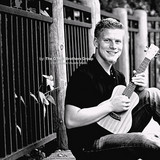 At the age of 12, Matt picked up his first ukulele. He was inspired to pick it up, because he thought it was a unique and fun instrument. He knew no one locally who played, and he wanted to be the first. Once he picked it up, he started to progress very quickly. He started to learn many songs and different techniques. One of the main techniques that he picked up was the ability to fingerpick very well. Matt started performing with his dad, Allen, shortly after he became accustomed with the ukulele. This enabled him to hone his fingerpicking skills, but also to explore his ability to play lead line solos. In December of 2016, Matt started recording his first solo CD, "Hymns From My Heart," due to many requests to make one. Matt has recently started composing and producing instrumental cues and songs for many different TV/Film labels across the United States and beyond. He has had his original music featured in many different audio visual productions all over the world. You'll find some of Matt's songs on Spotify playlists Guitar Lullabies and Breezy Acoustic, as well as Baby Music 👶💗. Matt would like to thank all of his devoted followers for supporting his music! Make sure to follow him for more great instrumental ukulele music. Contact: oneillbrothersgroup@gmail.com.