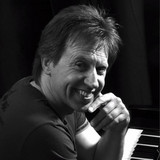 After studying piano, composition, music pedagogy at the Musikhochschule Hannover, followed by further studies in New York and New Orleans, Hans-Günter Heumann (*1955) dedicated himself to the editing of pedagogical piano material. His particular concern is to present music in an accessible way to reach a broad audience. As the most well-known piano book author in Germany today his books have been translated into many different languages and millions of copies sold. He was awarded the German Music Edition Prize in 2001. For several years H.-G. Heumann has made himself a dream come true, composing classical piano music. The compositions combine Minimal Music, Meditative Music, Film Music, Pop Elements and New Age. In his debut album Live Your Dream (2011) his inspirations came from spiritual aphorisms. The result are timeless, evocative compositions destined to close one’s eyes and to enjoy the feeling. In Light And Shade (2013), the second album, he takes a look at the bright and the dark sides of emotions. Go Your Own Way (2015) features 12 very emotional compositions and take the pianist/audience on a musical journey. Piano Balance (2016)

is an album to relax and get in perfect balance. The follow-up Pianomania (2017) with 20 compositions shows Heumann’s great passion for the piano. Heumann’s sixth album Piano Flow (2019), convinces with touchingly melancholic pieces of fragile aesthetics.