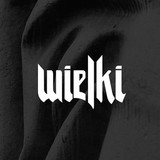 Wielki is a rising French electronic music producer whose approach to melodic techno is laced with atmospheric and dark undertones. Passionate about ancient history, Aleksander Wielki - “Alexander the Great” in Polish - conveys an intense, martial and epic dimension to his music. From his early classical piano training he has kept a taste for simple melodies enhanced by rich harmonies. He was introduced to electronic music at a very young age through Eric Serra and Jean-Michel Jarre. He later on started expressing an interest towards club culture and lists Stephan Bodzin, Vitalic and Maceo Plex as some of his main influences.

After meeting fellow French prominent artists Joris Delacroix and Delon, and realizing they shared the same musical vision, Wielki joined their “Way of House” label in 2016. After a series of remixes for Fred Falke (“It’s a Memory”) and Feder (“Goodbye”, “Lordly”), Wielki released in 2016 his widely-acclaimed debut EP, “Empire” (WoH), with remixes by Joris Delacroix and Time. Two other Eps followed, “Blanche” with remixes by Villanova and The Dualz, and “Closer”, produced with Sara Zinger. 2017 was an equally successful year for Wielki, with a string of performances in Dubai, London and cult Parisian clubs Rex and Faust. Moreover, following its success in France, Wielki’s “Empire” EP is currently being re-released in Latin America through Universal Music’s Aftercluv imprint.