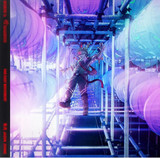 Far East Movement has a global outlook to music, with platinum hits ranging from the US, United Kingdom, to South Korea. They've also performed at some of the most prestigious festivals around the world like Ultra Music Festival, Tomorrowland, and EDC, continually showcasing FM as one of the most exciting touring acts in world music. The group’s upcoming album focuses on China and is described as a ten song musical about self-discovery set in the lush backdrop of the country’s most beautiful cities. Each track reflects stories about love and life with some of the China’s biggest stars, celebrating its growth and momentum over the past few years. The first single “Bamboo” featuring Chinese star Jason Zhang and Kina Grannis of “Crazy Rich Asians” is the top performing paid song on the Netease platform and has already garnered 5 million paid downloads since its release in Q4 of 2018.

FM’s last album, “Identity,” was the group’s first true foray into Asia and focused on collaborations between Asian and Western stars streamlined through FM’s music lens with a focus on K-Pop. The results were celebrated in the industry evidenced by a glowing review on Billboard, and publicly shown through over 70 million streams for their single “Freal Luv” with Marshmello featuring Tinashe and Chanyeol from the chart topping K-pop group EXO. Through it all, Far East Movement still loves to make their own music and are putting the finishing touches on their next full length release.