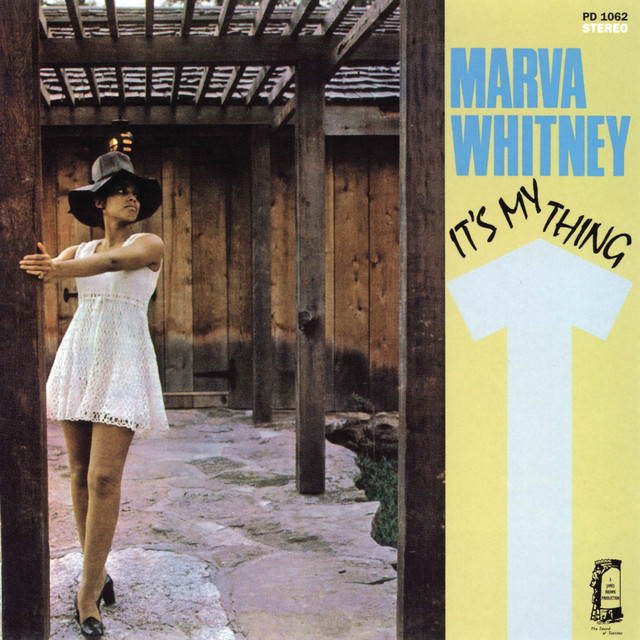 Although she's not a household name, Marva Whitney is fondly remembered by funk devotees as one of the rawest, brassiest, most powerful divas the music ever produced. Along with fellow funk belters Lyn Collins and Vicki Anderson, Whitney made her name singing with the James Brown Revue for a few years, and her limited, much-sampled recordings for Brown-associated labels now fetch astronomical sums on the collector's market. Born in Kansas City, Kansas, Whitney began performing at the age of three with her family's touring gospel group, the Manning Gospel Singers. She studied music in college and caught on as lead singer of the R&B group Tommy Gadson & the Derbys. In 1967, she signed on with the James Brown Revue as a featured female vocalist, meaning that she would perform her own small set every night while Brown took a break. Whitney accompanied Brown on his late-'60s tour of Vietnam, and made other international appearances with him as well. In 1969, Whitney made her first solo recordings for King, Brown's label at the time. She scored a Top 20 hit on the R&B charts with "It's My Thing (You Can't Tell Me Who to Sock It To)," a rewrite of the Isley Brothers hit; the follow-up, "Things Got to Get Better (Get Together)," just missed the R&B Top 20. Far too gutsy and funky to cross over to the pop charts, Whitney remained with the Revue until 1970, without scoring any more significant hits on her own. Still, cuts like "Unwind Yourself" (now very recognizable through several hip-hop samples) and the duet "You Got to Have a Job (If You Don't Work)" helped cement her reputation among record collectors. Her only studio LP, It's My Thing, was released in 1969 and has been heavily bootlegged and sampled by numerous DJs; her Live and Lowdown at the Apollo LP also commands hefty price tags. Whitney went on to record for the Isley Brothers' T-Neck label, as well as Nashboro, but her prime material is from the James Brown years. Seven of those tracks were compiled on the Polydor collection James Brown's Original Funky Divas. Whitney passed away in December 2012 from complications of pneumonia. ~ Steve Huey, Rovi