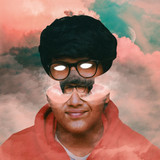 CZA is a multi-genre record producer, writer and singer who experiments with his style of music. Typically following Flume, Will Clarke, FINNEAS, Prateek Kuhad, keshi, Blanks and many other artists, CZA tries to create his own unique sound by experimenting with real sounds and samples and keeps the listeners engaged throughout an entire song. CZA is known for his skill to experiment, rather than focussing on a single particular genre entirely. He has worked on Hip-hop, Pop, Future, Downtempo, R&B/Soul, Alternative Rock and Indie and tries to continue working on various other genres as well. He is known for blending all kinds of styles in music with his unique sounds and synths. CZA is still rooting to find his unique aspect in music by experimenting and trying out various genres. His songs have all kinds of instruments and sounds which makes him stand out from other artists.