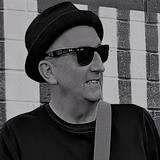 Tube Amp 101 from Perth Australia are a band you need to know in 2021. Blending together the sounds of post-punk and janglepop, the up and comers are fixated on delivering masterful sounds and taking their listeners on an intricate journey into an ever-growing catalogue.

Currently a collective consisting of singer Kate, guitarist Phil and augmented with several musician friends. To date they have released three singles and two EPs, and are now working on demos for a full length debut album. “Living in Manchester UK, I’ve heard my fair share of post-punk and indie jangle pop, but it is safe to say that nothing flows in the same lusciously dark vein as Strawberry Smile” - Amelia Vandergast,