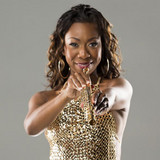 From her 2011 debut album, “Crossing Over”, to her multiple #1 Billboard charting 2019 smash album, “Free to Be”, Innervision Records label recording artist Kim Scott has impressed audiences across the globe in performances and on the airwaves. Known for her exceptional tone, intoxicating melodies, and flawless technique, she is one of the most sought-after flutists in both the classical and jazz fields. The contemporary jazz superstar has an ever growing fan-base garnered from her continued presence on the performance scene and from her visibility as radio host of the nationally syndicated, two-hour jazz program, “Kim Scott’s Block Party Radio”, which airs weekly across the world. She’s a fresh image and sound for today’s contemporary jazz scene. With four albums to her credit, Kim Scott has proven to be a mainstay in the field and promise for the future as both a soloist and collaborator. Her collaborations include performances and recordings with Jonathan Fritzen, James Lloyd, Jazmin Ghent and others. Kim received a Bachelor of Music in Performance from University of Alabama at Tuscaloosa and a Master of Music in Pedagogy and Performance from Oklahoma State University. As a National Board Certified Teacher, Kim Scott, also known as Kim Strickland in the classical world, is the flute professor at the Alabama School of Fine Arts where she was formerly Chair of the Department of Music for 14 years before becoming Director of Student Support Services there in 2019.