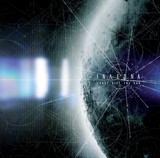 Descending from a spark of light comes the spellbinding trio inAeona, whose sound combines heartfelt melodies, stirring post-metal &amp; spacey, industrial undertones. Vocalist/guitarist Bridge, bassist Dave and drummer James, combine their shared passions for music and creativity, and began playing local shows with an elaborate light show to accent their haunting tones and give audiences unique and intense live experiences. The trio soon hit the road on a self-booked tour playing anywhere and everywhere possible while showcasing their self-released debut EP “Blue Sky All Day,” which featured artwork from longtime friend, Junius guitarist Michael Repasch-Nieves.   Described as having “the bombastic theatricality of Muse with the vastness of Russian Circles” (Bloody Disgusting), the band gained a passionate following as they connected with audiences. InAeona caught the eye of Prosthetic Records, who asked the band appear on a 2014 label showcase with Junius and So Hideous. After a stunning performance at Brooklyn’s famed Saint Vitus Bar, the label released their debut “Force Rise the Sun”. Bridge describes “Force Rise the Sun” as “a sad but beautiful love story of loss and change, of the universe and ourselves, of being elated to be here but knowing it will all go away.” While the rising sun is often connected to feelings of hope and fresh starts, it can also be a symbol of passing time, and as such, the title represents their urgent fight to exist and strive as a band.<br>