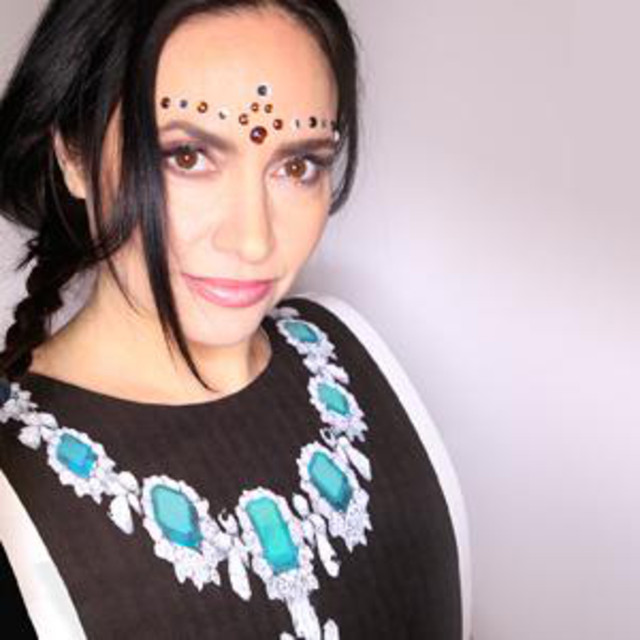 ellee ven, is a singer, songwriter & creator. In the midst of a quarter life crisis she moved into apartment “1111” & her entire life changed. On the tip of a stranger, she took a trip to Minneapolis & returned home with 3 original songs & her own genre of music, Groovetonics, was born. A fusion of rock & electronica influenced by Prince, Bowie & Berlin. ellee ven is a modern renaissance woman who believes art can move mountains. She considers her career highlights winning the, Electro Pop Artist of the Year at the Los Angeles Music Awards, producing PROJECT 11, an 8 part series of singles remixed by DJs around the world & released on vinyl & on CD and being honored by LexArts with the “Change the World with a Giving Heart” Award. After traveling the globe in 2017 and 2018 ellee ven returned with a collection of singles. 2020 culminated with the release of Angry Symphony. ellee ven says it wouldn’t have been possible without her ever loyal trio made up of drummer Jody, guitarist Antony Lee & rapper Prodéje. Two more have joined the team, Jeffrey on keys & Sam on bass. Mixing & producing the songs are Grammy-winning Reggie Dozier & Terry Santiel. A note from ellee ven: A special thank you to the many curators around the world who have taken the time to listen and truly explore my songs. Your kinds words and deep exploration of my music fill me with joy and emotion.