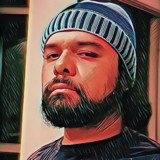 Ignacio Brenes, “GyZmo”, born on 8 August 1982, took his first steps as a DJ and producer in 1998. The first genre with which he fell in love was Reggae Panameño, very popular at the time, but he was already familiar with tracks like Comin ‘On Strong by Rebel MC, Spliffhead by Ragga Twins, Alex Reece’s Pulp Fiction and Dillinja’s Grimey. Ignacio has been formally educated in musical composition and structure. He considers himself a fan of all genres. This formal training and experience is something that he brings to bare in his role as producer as well as artist. In his role as an independent producer, GyZmo has successfully fused different genres of music to create something completely new, such as Ska with Breaks. GyZmo has represented Costa Rica in festivals such as the Bass Alliance 2012, held in Guatemala, InBassion 2018, held in Honduras. He has also been part of important celebrations and festivals in his native Costa Rica, such as “Somos Libres 2”, where he performed in front of over 4,000 fans, and Bamboo Bass Festival Jaco Beach. In addition, some of his productions have been welcomed by UK radio stations, such as Spark FM. His power, infectious rhythms, precise and clean mixes, and stage presence, have become notorious, and continue to grow, in each and every one of his live shows.