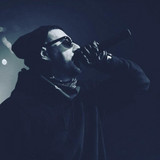 From Toronto Super-groups The Freedom Writers and Naturally Born Strangers, comes one of the urban scenes most familiar faces, Adam Bomb. Having appeared on college and commercial radio, the cover of NOW Magazine and listed as one of the Greatest Canadian Rappers ever by CBC.ca, Adam Bomb has headlined The Manifesto Festival, Harbourfront’s Soundclash and performed throughout Canada in preparation of his sophomore LP.

Naturally Born Strangers won a Juno for Best Rap Recording in 2015 and since then Adam has continued to collaborate with several of the nation’s top talents including Maestro Fresh Wes, Shad K and D-Sisive.