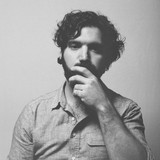 New Orleans-based Andrew Duhon’s False River is the follow-up to his 2013 GRAMMY-nominated The Moorings. Duhon wrote all 11 tracks on the new record, and thanks to an afternoon at an East Nashville dive bar called Mickey's, he enlisted ACM Award-winning producer Eric Masse to tell his story. That story is now set to the tune of Myles Weeks on bass, G Maxwell Zemanovic (tours with Miranda Lambert) on drums, Jano Rix (The Wood Brothers) on keys, and background vocals by Rayland Baxter. Initially, Ralph Waldo Emerson’s essay ‘Self Reliance’ sparked Duhon’s artistic will. One line especially: "To believe that what is true for you in your private heart is true for all men." This statement made Duhon ask the resounding question: "What is it I have to say?” That idea of innermost truth resonated most vividly with Duhon when listening to old Delta blues and folk singers. The simple music and hard-earned truth bore a weight greater than the sum of their parts. It was personal. It seemed to cost the artist something dear. False River is Duhon’s reflection of five years of his own “costs," love and loss, the fading of the fairytale, and focusing on a more complex version of what his love might be. “When colleagues asked what this new record was about, I'd say, ‘These are the last letters I may ever write her,’ not wanting to believe it,” he says. "Love has proven to have the capacity to be a complicated thing. I wouldn't call any of these songs happy or sad, but they are about love.”