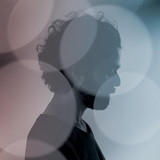 Singer/songwriter/multi-instrumentalist Peter Silberman grew up in upstate New York and began experimenting with home recording in his late teens. Silberman took particular inspiration from records made by the Microphones, and adopted some of their lo-fi techniques into his own homemade sound creations. In 2006, Silberman issued his first solo recordings under the moniker Antlers, and the project would slowly morph into a fully realized and highly successful indie band over the next decade. In 2013, after years of loud shows and constant sonic deluges, Silberman developed an advanced case of tinnitus that left him extremely sensitive to sound, in particular the sound of his own speaking. He sought refuge in the silence of a secluded setting outside of the noisy city and spent weeks in recovery. The time spent in silence and solitude would be the inspiration for the minimal and sparsely arranged songs on his first proper solo album, 2017's Impermanence. ~ Fred Thomas, Rovi