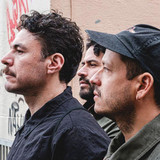 The Stockholm based quintet Sudakistan are set to return with their second album Swedish Cobra on September 7, again fusing their own brand of psychedelia infused rock with latino rhythms. It’s the follow-up to their acclaimed debut LP from 2015, Caballo Negro, which was hailed as a mixture of Thee Oh Sees and Death From Above 1979, and released to rave reviews from the likes of Classic Rock, Uncut, The Line of Best Fit and KEXP. Recording live in studio, Swedish Cobra captures the band’s chaotic but focused live shows, showcasing a broader and more mature sound while losing none of the urgency.