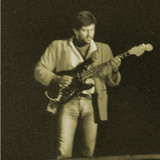 Carlo Luzi is an italian guitarist who has been interested in electronic experimental music for many years. Computer programmer, enthusiastic of ambient music, experimental and electronic, he started playing instrumental music in 1980 and with Paolo de Gregori (Adam Kozmyk) founded the band "Terra Della Sera" and with him he has realized some projects published on LP vynil in Germany. Eventually, together with Paolo de Gregori in the year 2008, he created the project SeraSiderea and realized the album "Aesthetica delle Tenebre" in which Daniela Massi collaborated as voice soprano. With the pseudonim of Acheloo, in the year 2008, he published "Sirens" and in the same year he published also "Ishtar" with the label ADMusic.

With the same label he published the albums "Khimaira" in 2008