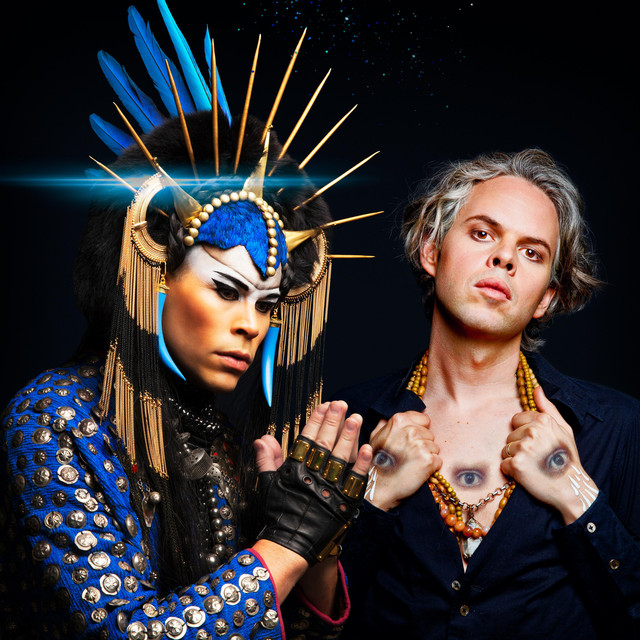 Empire of the Sun

Featuring Empire of the Sun

Multi-platinum selling Australian alt-electro pioneers Empire Of The Sun (Luke Steele & Nick Littlemore) have been making waves across the world with phenomenal live shows and anthemic smash hits for the last decade, as one of Australia’s most successful musical exports. In fall 2008, Empire of the Sun released their debut album, Walking On A Dream (10th Anniversary Edition) which the musicians described as "a spiritual road movie." The album went platinum in Australia and the title track became a hit single across the globe. After time spent touring -- the duo regrouped in the studio to work on their second album. The disco-pop Ice On The Dunewas released in early summer of 2013, after which the band toured the world. They spent a large chunk of the next year writing and recording their third album in Los Angeles and Hawaii, welcoming guests like Lindsey Buckingham, members of David Bowie's band from the Blackstar sessions, and Wendy Melvoin from Prince & the Revolution. Two Vines (Deluxe) was issued in October 2016, climbing into the Australian Top Ten and peaking just outside the Billboard Top 50. A year later, they released the On Our Way Home EP, which featured the title track plus additional B-sides and remixes. In 2019, the duo marked the tenth anniversary of their breakthrough debut with a special edition reissue that was packaged with a new song, "Chrysalis".