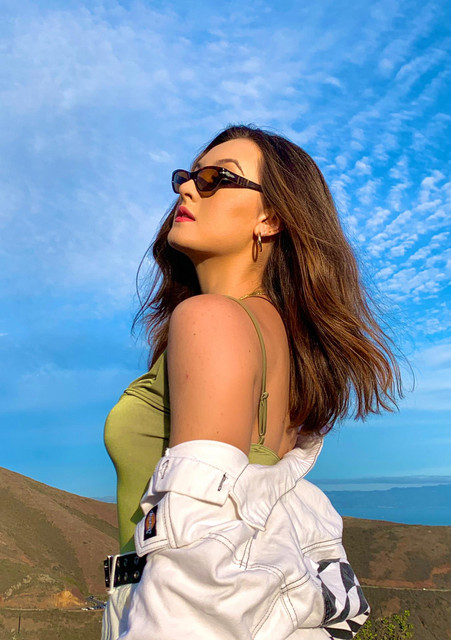 From her luminous voice and the first chords that ring out tunefully from her acoustic guitar, Caroline Sky’s audiences are left with little doubt - they are in the presence of a truly extraordinary singer-songwriter, one who combines top-shelf vocal talents, uncommon songwriting insight, and soulful instrumental delivery. She has appeared in some of the Bay Area’s most prominent music venues and festivals, sharing the stage with legendary artists as Tedeschi Trucks Band, Bob Weir, Joan Baez, Carly Simon, Ben Taylor, Arnold McCuller (duet with this featured vocalist from the James Taylor Band), and Vicki Randle (The Tonight Show, in a featured duet) amongst many other notable names.   Most publicly known for her appearance as a contestant on Season 12 of NBC's top-rated music reality show, The Voice, Caroline received chair turns from both Gwen Stefani and Blake Shelton. She competed as a member of Team Gwen, and was later "stolen" back by Blake Shelton. Finally, having competed in three episodes, Caroline was the last contestant to be "knocked out" prior to the airing of live performances in her season. She remains grateful for the experience, and has stayed in close contact with a number of her fellow Season 12 contestants.   Caroline has always believed that music has the power to bridge differences, to bring people together to achieve a higher purpose. Putting that belief into action, she often lends her talents to benefit concerts and musical philanthropies.