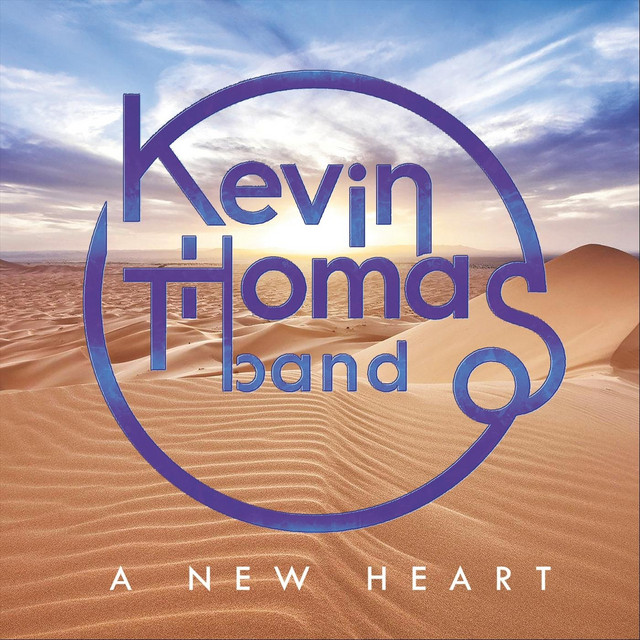 As a kid, singer-songwriter Kevin Thomas felt he could do anything he wanted “if only…,” and as an adult he bravely decided to eliminate the conditionality packed in that phrase. Unbound by doubt and negativity, the San Diego, California-based singer-songwriter has started a new chapter with an exhilarating solo album debut, the aptly titled, A New Heart. A New Heart injected new life into Kevin and calls on his strengths as a gifted songwriter, singer, producer, and multi-instrumentalist. A New Heart beats with clean funky guitars, sing-along pop hooks, a fiery blaze of drums and percussion, and enlightening lyrics gleaming with undeniable optimism. The 10-track album fits comfortably alongside albums by such artists as The Dave Matthews Band, Michael Franti, and John Mayer among others. Highlights on the album include the breezy folk-funk of “The Big Picture,” the reflective folk-pop of “Let Your Arrow Fly,” the slinky and playful “High On Chocolate,” and the rousing pop-funk track “The Best Luck Around.” Kevin’s new album is a milestone entry in a successful career as an enterprising musician. With A New Heart, Kevin is building on a legacy of a five-album catalog, a track record at radio in international and national markets, and a thriving career as songwriting educator. He has written, arranged, performed, produced, and recorded music in a myriad of settings, from orchestra work to angst-ridden heavy rock. Kevin currently gigs regionally with his solo project.