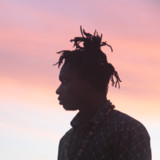 From playing the cello, to playing the guitar, to producing his own music, sound engineering, and eventually managing a live music venue, Jay Johnson has been evolving in ways that have captured as many hearts as minds. Since releasing his debut EP late last year, Jay has been performing at larger venues and has kept building his modest yet loyal fan-base. The South-Londoner’s influences include Ben Howard, Paolo Nutini, and Tracy Chapman. Jay’s most recent music features the styles of the early hiphop artists whom he was exposed to at an even younger age, but really and truly, no one knows, what he'll release next. Jay’s debut EP The Dark Matters is out now and he’s since released more singles, Forget It, In The Past and Diamond in the Rough, - to name a few…a trio of songs which have elevated his career to heights that many feel have been long overdue. A word from Jay: After leaving home at 17, I felt I needed to develop myself outside of my music career, so I spent the last 5 years doing just that in order to become a well-rounded individual...now I'm ready to show the world how I've been managed to maintain an adequate level of mental health...by writing, performing, producing, and engineering songs which encapsulate the most complex emotions I've experienced. To sum it up in a sentence...my life is an explorative journey through the world of sound. Full discography only on jayjohnson.co.uk