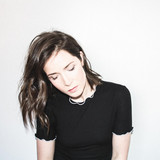 Composer/arranger/producer/lyrical writer and musician from Gothenburg SWE. Vanessa Liftig has appeared in various constellations and in different contexts since 1995 when she started her professional career at 12 years old on the stage of the Gothenburg Opera house doing a solopart in the musical "Kristina från Duvemåla". She has been all over the place creatively and still is. Her musical history and work varies over a broad field of genres. Raised by jazz saxophonist Eric Liftig and classical/worldmusic musician Josefine Liftig, whom met at Berkley College of music in Boston. She is born into a home that filled her head with musical references that where never sorted in any hierarchy. She knows her references and owes them a lot of respect. Among her many collaborations you'll find the track "Not Tonight" created together with Embee and featured on his grammy award winning album Tellings From Solitaria 2004. 2014 she collaborated with The Wu Tang Clan on their one-copy album "Once upon a time in Shaolin". She's also the producer behind jazz-vocalist Alexander Lövmarks album Perfect Storm.