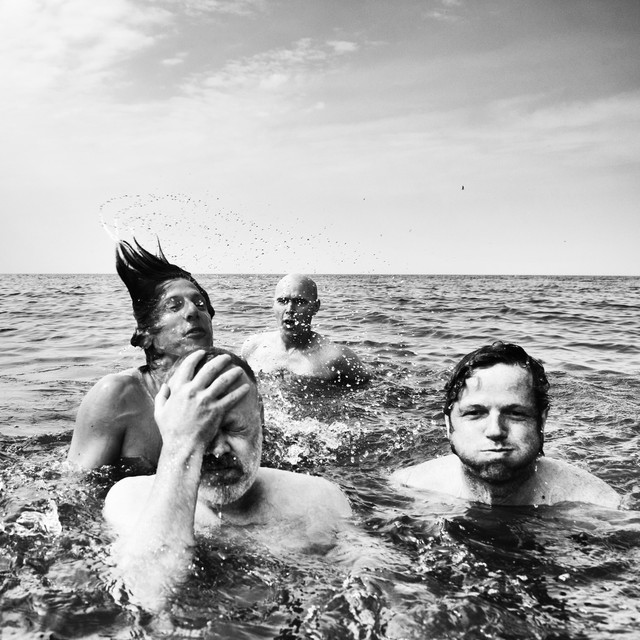 When it comes down to defining 50 years of Dutch popular music, a relatively big spot ought to be reserved for Daryll-Ann. Much like Shocking Blue's "Venus" or "Little Green Bag" by the George Baker Selection, through the timing of the catchy "I Could Never Love You" Daryll-Ann seemed to fit perfectly within the climate of heightened interest for young and ambitious bands during the mid-'90s boom of Brit-pop. Within their combined songsmithery, Jelle Paulusma and Anne Soldaat take the U.S. West Coast heritage of Buffalo Springfield, the Byrds, and '70s era Beach Boys as a starting point; merely to improve their own uniqueness which lies in cleverly invented arrangements, matched to the coupling of a heartfelt vocal delivery. The members originated from the provincial town of Ermelo, where they played together in high school since 1988. Most of them had left for Utrecht and Amsterdam to study by the time a four-song EP saw the light. 1991's Decibel was released on the now no-longer-existing Kelt, run by Utrecht based record store Da Capo. Three of the songs would reappear on the debut album Renko, which was released the following year. Sales remained poor, but Daryll-Ann had awoken curiosity abroad. A decision to put all their time and effort in Daryll-Ann made drummer Frank van der Bij and original lead singer Coen Paulusma quit the band. To Coen -- twin brother to Jelle -- this would prove only temporarily, for he kept making contributions to EPs and albums and would eventually rejoin the band. In the course of 1993, Daryll-Ann was signed to Virgin-subsidiary Hut. Their first outing was an EP titled I Could Never Love You. It marked a huge step forward, for the unbridled freshness of the debut album was slowly giving way to a much more mature element: unbridled melancholy. English magazine Melody Maker proclaimed it single of the week, and with new drummer Jeroen Kleijn, the band toured extensively through England, opening twice for the Smashing Pumpkins. Daryll-Ann saw the audiences of almost every Dutch festival in 1994 and released a second EP, Come Around. In the spring of 1995, the follow-up to Renko finally made its appearance. Seaborne West consisted of 11 new songs, molding infectious hooks to an ever present mood of melancholy. Hailed by the British and Dutch press alike, again the album hardly gained any commercial success. Put under pressure by Virgin, the financially troubled Hut was forced to remove all recently signed bands immediately from the label, Daryll-Ann being amongst the casualties. In 1996, they gloriously avenged themselves on the newly formed Dutch label Excelsior with their landmark album Daryll-Ann Weeps. In line with its predecessor, this impressive album featured a very similar approach, only this time taking excursions into the territories of Neil Young and Simon & Garfunkel. Although it took a while before it was fully appreciated -- largely neglected as it was by most Dutch critics -- the album would prove to be their most accomplished work to date. Disappointed over their initial neglect, the band took a time out for more than three years for their next release. Contrary to Daryll-Ann Weeps, 1999's Happy Traum was unanimously applauded by the Dutch music press as the best alternative album of the year, finally translating into sales of some amount. The release of a live album in 2000 was followed by Trailer Tales early 2002, largely acknowledged as a solo effort by Jelle Paulusma, with him being responsible for most of the songwriting. ~ Quint Kik, Rovi