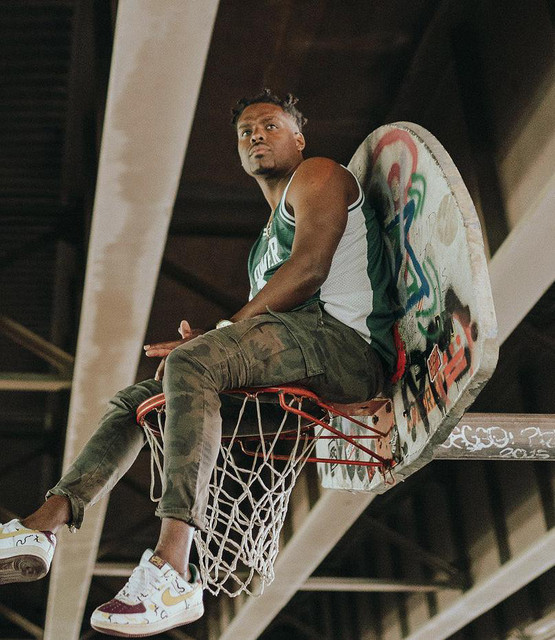 Jxhn Jacxb is ready to claim his spot in the upper echelon of wordsmiths. By age 12, the Hammond IN native was spitting bars that rivaled rappers twice his age. At 15, Jxhn organized a High School rap group called "The Bird Boys", whose moniker was based on their motto: blaze up, get high and stay fly. Further seasoned by the "Black Out" sessions he enjoyed with his cousins, Jxhn was ready to cut throats.   While attending Morehouse College in Atlanta, Jxhn was recruited as a party promoter. Always impressionable, Jxhn was soon making music with Rob Green, grandson of Motown founder Berry Gordy. During his senior year, Jxhn, along with his business partner Andrew Jean-Baptiste, dropped a collaborative project titled "|M.O.E.T| Presents: No I In Team".   Upon graduation, Jxhn became a fixture of open mic night at Club Crucial, owned by rap legend T.I. A huge boost in confidence came from the love he received for his signature song, "Throw That A$$ Back". Realizing he needed business acumen that matched his artistic acuity, he

joined an entrepreneurial program in Washington DC.   Much more than a brilliant lyricist, Jxhn is growing into his own as a visionary. A creative hand full of seeds and a hustle hand full of fertile soil, he has the ingredients for cultivating success. His entire mindset can be summed up by the title of his latest single, "KOBE” Keep On Ballin Everyday. In command of his destiny, Jxhn Jacxb is ready to hand deliver a total package to the music industry.