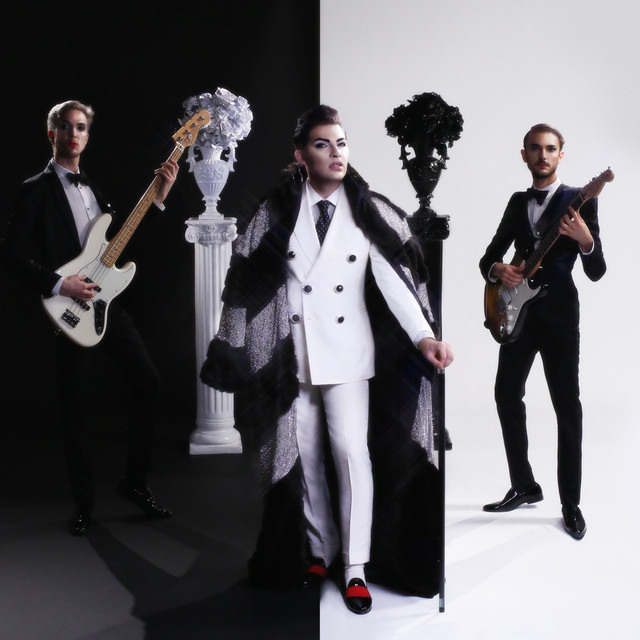 Iconique melds disco rhythms and silky synth highlights to draw out the shimmering grit within pop music. Since arriving onto the scene in 2015, the band's opulent sound has earned praise from a diverse set of media outlets and has been featured in Billboard, Earmilk, Gawker Media, and World of Wonder. The group electrifies live audiences with over-the-top displays of grandeur and the occasional keytar solo. Before their first pair of dance shoes had even worn through, Iconique graced the stage of some of Los Angeles's most in vogue venues and music festivals. The trio consists of brothers Eric Promani (drums / synths) and Greg Promani (guitar), and frontman Leo Paparella (vocals / synths). Listeners are lured onto the dance floor with a synthesis of sounds ranging from Chic to David Bowie. By drawing from the past, Iconique creates the disco of the future.