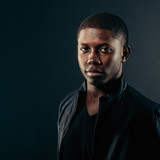 Apollo Nash masterminds musical spaces in which anything feels possible. The New Jersey producer brings a human element to the infinite sonic horizons that characterize the trance genre. Synth melodies colored by natural elements and drum patterns with danceable groove set his sound apart from that of the common producer. Prominent tastemakers have taken notice. Following his debut on Elliptical Sun Recordings, the name Apollo Nash is finding its way to the mouths of trance fans across the globe. There’s a

depth of concept in each Apollo Nash release that gives you the sense he knows what it’s like to be rescued by the music. He’s among the few who can channel his experiences into something that resonates with a wide audience. With wordless wonderment, each soundscape manages to remind you that even in free fall, you’re capable of anything. At least in Apollo Nash’s case, imagination knows no limit. With his career breakout under way, make sure you don’t sleep on this emerging talent.