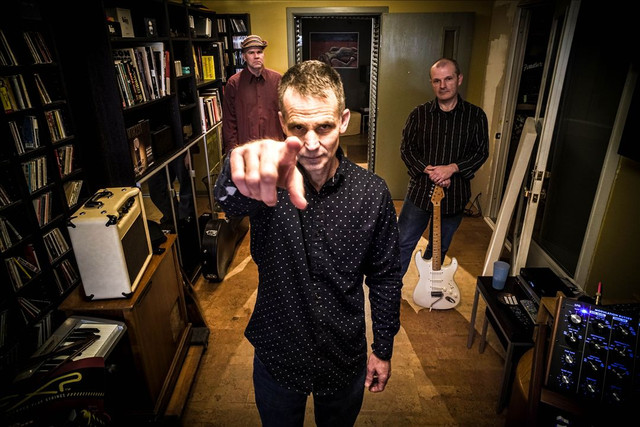 The Hangabouts are a power pop trio based out of Southeast Michigan. Originally formed in the mid-2000s by multi-instrumentalists Gregory Addington and John Lowry, they released an EP, 2006's The Odd Mess, under the name Suburban Hi-Fi. Working in a classic pop-influenced style, their songs recalled the crafty melodic rock of artists like the Hollies, Big Star, the Beach Boys, Neil Finn, and Paul McCartney. By the time of their next release, the group had expanded into a trio to include Chip Saam, and rebranded themselves as the Hangabouts. Released in late 2014, their first proper LP, Illustrated Bird, added psychedelic and baroque pop influences to their expanding world of intricate pop. ~ Timothy Monger, Rovi