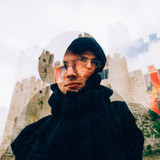 24-year-old music artist Miguel Oliveira, otherwise known by his stage name “Holly”, has quickly and efficiently made quite a name for himself in the world of electronic music over the last 6 years. Holly was able to share his music around the world at an impressively early stage in his career, making stops in the US, Australia, Europe, Asia, and South Africa. During this time, he released his music on some of the largest independent music labels to date, including Buygore, Fool’s Gold Records, Dim Mak Records, and Monstercat. He quickly garnered the attention of many critically-acclaimed electronic producers– namely Rezz, Zeds Dead, Bloody Beetroots, Machinedrum, Bassnectar, Noisia, TOKiMONSTA, and more. Deemed ‘one of the top producers of 2017’ by both DJ Mag and Run The Trap, Holly clearly has had no trouble gaining recognition from both artists and fans alike. Impressively so, his unparalleled production and mixing skills also led him to win the very first A-Trak Goldie Awards Beat Battle in 2017. More recently, Holly has heavily geared his efforts toward producing innovative rap and hip-hop projects for numerous artists, such as ProfJam, Dengaz, Bloody Jay, Slow J, and Papillon.

Expect to see his name credited on plenty more notable rap projects in the years to come. Holly’s engaging on-stage presence and innovative sound have catalyzed his emergence out of the SoundCloud scene and rapid growth as a producer and respected artist in the electronic music scene.