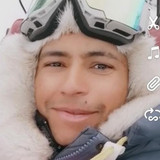 Jon Henrik was adopted from an Indian village in Colombia to Mittådalen's Sami village in Härjedalen, Sweden.

He won Swedish Got Tallent in 2014 where he touched many with his song Daniels Jojk. He has also competed with success in the swedish Melodifestivalen three times, won Lets Dance (Dancing with stars) and is loved by viewers and fans from all over the world. Read more: www.jonhenrik.com