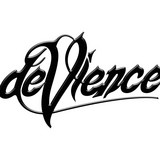 The sound of deVience is defined by soaring vocal melodies, swaggering riffs and pulsating rhythms. If you like anything from classic rock to a more contemporary vibe, your ears will be left wanting more. They have gigged at clubs and bars all over their hometown of London, including the Islington O2 Academy, Oxford Street’s 100 Club, and Holloway Road’s Big Red, but also further afield - even playing well-received gigs at the Viper Room and Whiskey A Go Go on LA’s

Sunset Strip. deVience always deliver an electrifying performance and expend every last ounce of energy on stage in providing their fans with a mesmerising experience. The band have been described by Andy Thornley of Maximum Volume as “ample proof that hard rock isn’t going anywhere”, and Steve Goldby of MetalTalk has even declared their eponymous debut album a contender for 2017 album of the year. In their own words: “We go out to satisfy not only our musical appetite but that of anyone with a similar hunger for exhilarating music. So to those of you that continue to fly our flag in the face of the bland, corporate dullness proliferating the airwaves: turn it up!”