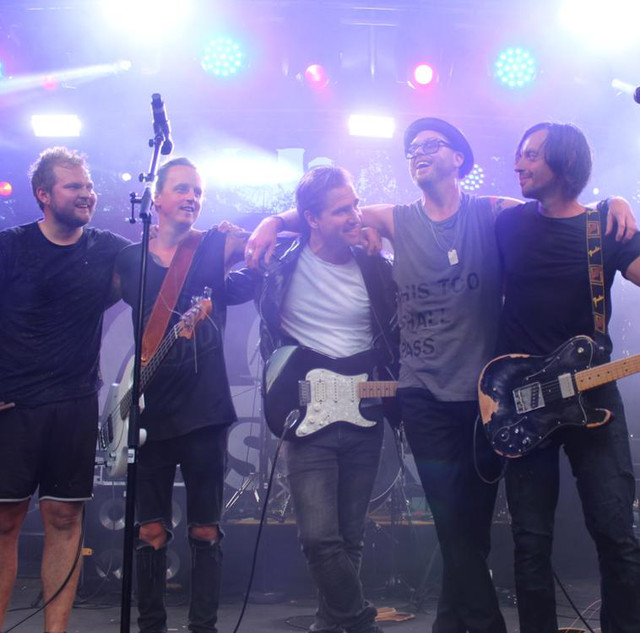 The Gloria Story is a mashup of punk rock attitude with hard rock energy – always with a warm 70’s sounding, analouge feeling. The Gloria Storys debut album “Shades of White” instantly hit the #1 spot on Swedish rock charts upon it’s release in june 2011. The band has also been awarded with a platinum disc for 20.000 sold copies of “OH NO (2010)”. The concept of mixing flamboyant posing with high energy rock and roll has made The Gloria Story into one of the most notorious Swedish touringmachines in recent years. With a record of 350+ shows opening for, and touring with bands like Thin Lizzy, Quireboys, Warrior Soul, Black Star Riders, Bullet, H.e.a.t. and Gilby Clarke, and playing festivals such as Sweden Rock Festival, Hard Rock Hell and Skogsröjet and clubs all over Europe, The Gloria Story knows their craft, on and off stage. All the way, from their humble beginnings in 2009, TGS has had a genuine and honest lo tech, old school sound that has amazed audiences everywhere. This is truly re-invented and re-grooved 70′s rock. The Gloria Story is a quick fix that probably won’t save the whales or the rain forrest – but most likely your next party! TGS is also a very accomplished and entertaining unplugged act and has done several acoustic tours in Sweden and The UK - putting the music and the fun storytelling in the first room, with choice covers and deep cuts from their entire catalogue.