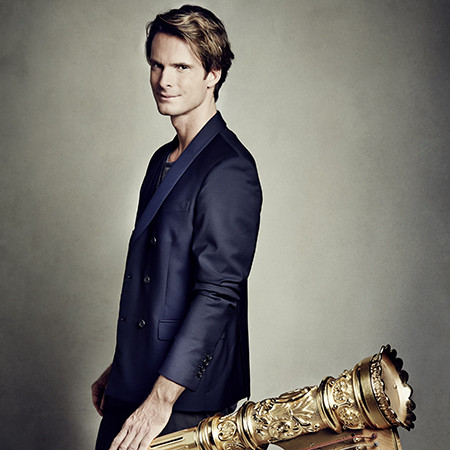 Xavier de Maistre was raised in Toulon, France, and he began taking harp lessons at age nine. He later studied harp in Paris with Jacqueline Borot and Catherine Michel, while pursuing non-musical courses at the London School of Economics. Maistre won several international competitions, including the International Harp Competition in Bloomington, Indiana, and he joined the Wiener Philharmoniker in 1998. He has performed as a soloist with many orchestras, working with such conductors as Riccardo Muti, Daniele Gatti, Simon Rattle, Daniel Harding, André Previn, Philippe Jordan, Heinrich Schiff, Bertrand de Billy, and Josep Pons, and he has appeared in recital with Barbara Bonney, Diana Damrau, Anne Gastinel, Kathleen Battle, Daniel Müller-Schott, and Bo Skovhus. He has been a guest artist at many European music festivals, including the Salzburg Festival, the Schleswig-Holstein Music Festival, the Rheingau Music Festival, the Vienna Festwochen, the Verbier Festival, the Budapest Spring Festival, the Mosel Festwochen, the Würzburg Mozart Festival, and Styriarte in Graz and Styria, Austria. Maistre is a faculty member of the Hamburg Academy of Music, and he has also taught at the Juilliard School of Music in New York, Toho University in Tokyo, and Trinity College of Music in London. He has recorded for Sony Classical, RCA Red Seal, Harmonia Mundi, and Claves.