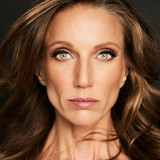 A big voice with an even bigger heart, soprano Summer Watson is a singer on a mission. The chart-topping international vocalist aims to inspire as well as entertain. “Go for your dreams and never give up” is the message of this world class classical crossover artist. Having beaten breast cancer and survived a deadly train crash she knows all too well the setbacks that challenge us in life. But Summer also understands the importance of determination, the healing power of music and how to let talent flourish. Most of her acclaimed live performances have been in support of charities and causes she supports – from human rights to cancer research – as the inspirational warrior raises funds while lifting spirits. After graduating from London’s prestigious Royal College of Music, she became the first classical artist signed to a £1 million contract with Sony Music and her album, Summer, recorded at Abbey Road Studios, soared to number one on the US iTunes classical charts. Performances for celebrities and royalty everywhere from Buckingham Palace to Jordan, Dubai and China followed and she has shared stages with the likes of Michael Bolton, David Tutera, Chris Botti and David Foster, wowing the world with her incredible voice. Summer has also been in huge demand for performing on film soundtracks, modeling at fashion shows and collaborating with music industry greats.