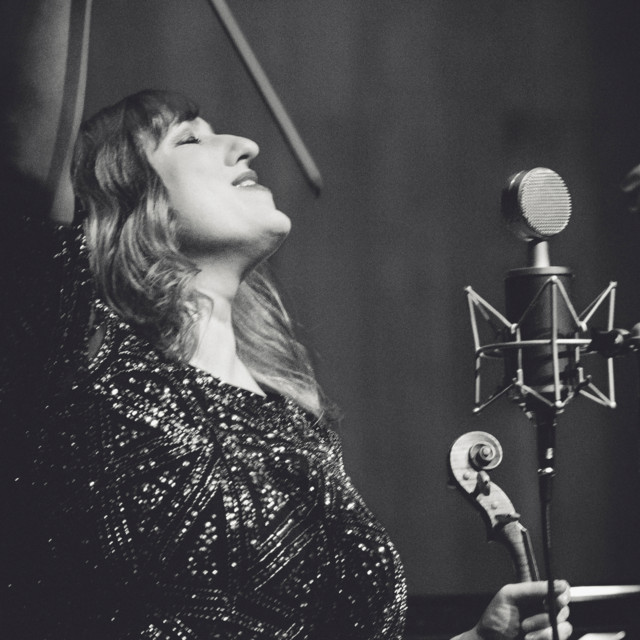 Seonaid Aitken is a violinist, vocalist, composer/orchestrator and broadcaster from Fife, Scotland. As one of the rare few female improvising violinists in the UK influenced by the great Stephane Grappelli, she performs with her award-winning Gypsy Jazz band Rose Room as well as a guest with the Tim Kliphuis Sextet, Martin Taylor MBE and Swing 2021. She was awarded ‘Best Vocalist’ twice at the Scottish Jazz Awards following her highly acclaimed Ella Fitzgerald big band show ‘A Night With Ella’ at Aberdeen, Fife, Dundee and Edinburgh Jazz Festivals performing to audiences of up to 1000 to mark the centenary of the birth of the ‘First Lady of Song’. Much in demand as a session player, recording artist and arranger, Seonaid has played with the Orchestra of Scottish Opera for 20 years and took part in the 2019/2020 UK touring production of Disney’s ‘The Lion King’ on violin/viola. She has recorded with numerous Scottish acts such as Deacon Blue, Carol Kidd MBE and Blue Rose Code, and her arrangements have been commissioned by the Royal Philharmonic Orchestra, Royal Scottish National Orchestra, Red Hot Chilli Pipers and the BBC/Richard Curtis movie ‘Esio Trot’. Seonaid is a regular tutor at the Grappelli-Django Camp in The Netherlands, presents ‘Jazz Nights’ on BBC Radio Scotland and is currently composing music commissioned by the Edinburgh Jazz & Blues Festival for a premiere in July 2021. "Truly exceptional as both a vocalist and Grappelli-style violinist" - fROOTS MAGAZINE