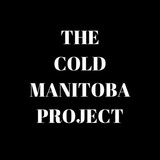 Before his passing, Gord Downie put out a call to action for all Canadians – do whatever we can to help move towards healing and reconciliation through awareness, education and action. This project is an answer to that call. Michael Boguski (Blue Rodeo) took this to heart. Moved by Downie’s final request, Mike began the search for a grassroots charity to support, and a creative way to do so. Teaming up with like-minded creatives, Boguski developed The Cold Manitoba Project – a collective of artists including Chris Mason and Lucas Goetz (formerly of The Deep Dark Woods), Jim Bowskill (The Sheepdogs, Blue Rodeo), Chris Sleightholm and Dustin Bentall. Together, they recorded “Cold Manitoba” – a song penned originally by Toronto songwriter, Eddie Orso. With 100% of the proceeds from the track being donated to the Native Addictions Council of Manitoba, “Cold Manitoba” is Boguski’s way of honouring Downie’s last wishes. The Native Addictions Council of Manitoba provides traditional healing services to First Peoples through the holistic treatment of addictions. NACM is a Native owned and operated treatment centre that directly targets the addictions problems facing First Nations Peoples in Manitoba and the surrounding areas.