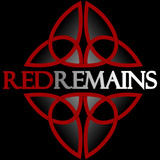 Red Remains is an original hard rock band from Indianapolis Indiana. Formed in January of 2016 by Mel Reffey (vocals), Shawn Walters (drums), Mike Schroll (guitar and piano), and shortly after Matt Burch (bass), they joined the ranks among the female fronted hard rock bands in the area. Though fueled by rock, influences range from industrial to country which you can hear scattered throughout the music; from a bluesy guitar run or driven wall of bass, to a processed beat or a soulful and almost always powerful vocal line.