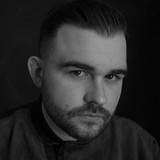 Iann Brennan is an artist who comes from Dublin, Ireland. After the release of debut album Start as You Mean to Go On, Iann Brennan has gone on onwards and upwards. Performing with names such as Hazel O'Connor, Lisa Hannigan, Aslan, Eddi Reader, Electric Six, Declan O'Rourke and many more. Almost 2 years on after the release of the album Iann Brennan is now set to release his follow up single Mission To Mars which will be released everywhere on August 20th.