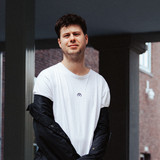 Back in 2019 Tim Hox was working in the lab, researching a new sound called: ‘Hox House’. That sound made him the symphonic scientist he is to this day. Starting with an EP called ‘The Hox Program’, he found a way to re-introduce himself into the world of EDM. By getting support from names like ‘Hardwell’, ‘Don Diablo’ & ‘Oliver Heldens’, he knew ‘Hox House’ was the key in achieving his goals. It gave him the chance to collaborate with ‘Steff Da Campo’, which resulted in a release on ‘Hexagon’. This collaboration gave him the opportunity to let his sound spread through a bigger audience and sign at ‘Anna Agency’.

Ending 2019 with a banger called ‘Energia’ on ‘Gemstone Recordings’, there was nothing standing in his way to develop his sound more and more. He released 10 tracks in 2020 with highlights like a release on ‘Revealed Recordings’, a collaboration with ‘Moguai’ and producing one of the most played ‘Bass House’ tracks of 2020 (regarding to ‘1001tracklists’).