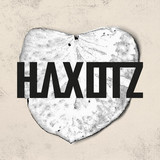 Haxotz is a melodic hardcore band from Bilbao, Basque Country. Singing in Euskera, the band picks up on the legacy of other Basque bands such as Berri Txarrak, exploring the depths of hardcore music and adding stoner grooves and 90's emo-punk sounds to their songs. In 2020, they release their post-lockdown album 'Lore hilak', a step further in every stylistic direction. Originally a six-piece, Haxotz was born in 2008. 'Gezu', Markel, Iñaki, Unai, 'Txira' and Jokin all were schoolmates who'd listen nonstop to Su Ta Gar and watch Metalocalypse: Dethklok. They released a first demo, 'Hil ala bizi' ('Live or die'), in 2010, recorded in a spiral of beer and cheetos. Xanpe, the first professional producer to take over the band, recorded the EP 'Bide ertzean' ('Roadside') (2012), with influences ranging from Four Year Strong to heavy metal music; and their first long album, 'Islada' ('Reflection') (2014), which presented a more uniform included their hit single 'Mila hitz'. Both records were self-released. 'Gezu' parted ways with the band in 2012, and the band decided to carry on with the remaining five members, with Markel changing to bass. In 2015, they self-released 'Letaginak' ('Fangs'), produced by mastermind Urtzi Iza, from Enkore and Empty Files, raw-sounding and direct to the gut. 2018 saw them turn 10 years old. As a celebration, they released 'H' on September. This fourth album shows different sides to the band, and includes a Biffy Clyro cover that became a hit.