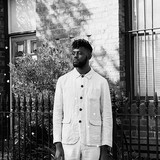 Born and raised in South London, Henry graduated from the Royal Academy of Music in 2016 and has gone on to perform and collaborate with the likes of Jason Marsalis, Terence Blanchard and Jean Toussaint.

Henry is beautifully influenced by his Jamaican heritage and in particular the wave of Caribbean jazz musicians from the 1950s, including the likes of Joe Harriott, Harold McNair, Dizzy Reece, Harry Beckett and Wilton Gaynair, who arrived in Britain during the jazz boom of the late post war period. Despite this eclectic range of international influences, Henry’s sound remains distinctively British, crazily present and in the true tradition of jazz is bold.