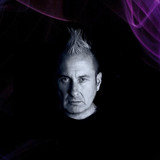 Rob GEE is famous all across The Universe as "the hardest DJ to ever play the Limelight in NYC." In the club's early 90's heyday, the versatile GEE kept delirious audiences going through spinning at Limelight's "Future Shock" dance/techno nights and performing with his live band as well as spinning at the club's "Rock And Roll Church" metal/ rock/ industrial nights. The crowds kept coming back to Limelight, just like they did at Electric Daisy Carnival, DefQon 1, & Tomorrowland just to name a few. GEE's history of DJing and live performances shows his dedication of bringing the fusion of organic and electronic music to a wide variety of listeners. "The Gabber Guru," as GEE is known for his constant motivation of #PositivianVibes gained worldwide fame after the release of "Ecstasy You Got What I Need". Look out later this year, nu metal will meet hardcore in the studio ring when Rob GEE teams up with no other than Shavo Odadjian of System Of A Down. Rob GEE won't be stopped!!!!!! The sound is 100% Rob GEE, which means eclectic, unexpected and completely unique.