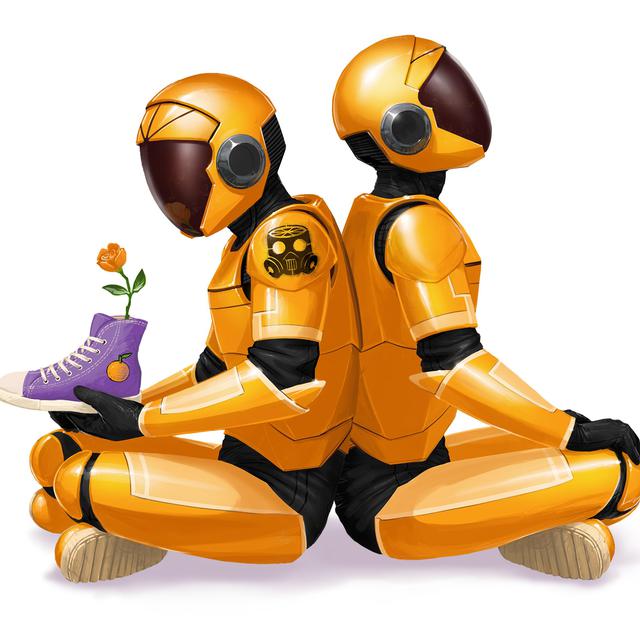 Featuring Half an Orange

The musical duo's odd name comes from a Portuguese expression that they learned while living on a beach in Rio de Janeiro, Brazil for a year. The expression, "metade da laranja" (translated to "half an orange"), means that everyone is half an orange looking for that one person, thing, or purpose that completes them (or the other half of their orange). If you're still only half an orange then you're still lonely and lost in the world. The duo liked the name because they always felt a little lost or out of place in the world. Upon returning from his year of backpacking through Brazil, they turned their poems into music. They would start by transforming each poem into an acoustic song. From there, they'd work in studio to turn the organic and acoustic sound into a full electronic production. They have worked with CloudKid Records, Lowly Palace, and Monstercat. Their song Chuck Taylors premiered on Sirius/XM radio. They followed this with their song Old Friends, which premiered on the world's biggest streamer, Ninja's,

Twitch channel. He later debuted and starred in their Old Friends music video, which has over 2 million views on YouTube. Their music is featured on Rocket League. Mostly We Grow.