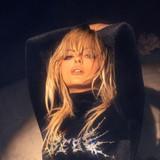 Rising as a songwriter for Eminem, Rihanna, and Selena Gomez, Brooklyn-born Bebe Rexha made her way from the studio to the stage, racking up hit singles with electronic artists (Cash Cash, David Guetta, Martin Garrix), rappers (G-Eazy, Lil Wayne, Nicki Minaj), and even country duo Florida Georgia Line, with whom she recorded the 2017 chart-topping country-pop crossover single "Meant to Be." Although her work with other musicians has spanned genres, her own material centers on darker pop textures influenced by hip-hop and R&B, as heard on her debut, 2018's Expectations. Born Bleta Rexha in 1989, she began her musical journey at a young age. Performing in musicals from the age of four, she started to hone her skills in her early teens and was named Best Teen Songwriter at the National Academy of Recording Arts and Sciences' annual Grammy Day event; she met a whole host of famous producers there. In 2010, Rexha was approached by Fall Out Boy's Pete Wentz to form the project Black Cards, intended to reflect Wentz's more experimental and electronic side. Rexha provided vocals for several EPs before she left the band in 2012 to embark on a solo career. She began uploading demos and acoustic covers to YouTube before signing with Warner Bros. in 2013. Rexha penned several hits for the likes of Selena Gomez ("Like a Champion") and Nikki Williams ("Glowing"), but it was "The Monster" -- her composition for Eminem and Rihanna -- that really caught the attention of the industry. The track reached number one on the Billboard Hot 100 and allowed Rexha to prepare for life as a solo artist. Following this success, she released her first EP, I Don't Wanna Grow Up, in May 2015, featuring the singles "I'm Gonna Show You Crazy" and "I Can't Stop Drinking Without You." As she continued to write for her full-length debut, Rexha scored a hit on a collaboration with rapper G-Eazy with "Me, Myself & I," which reached the Top Ten on the pop chart in 2016. She was also featured on the Martin Garrix hit "In the Name of Love," which had climbed into the Top 30 by the end of the year. The first taster for her solo debut was the Captain Cuts-produced "I Got You," which appeared in late 2016 and reached the pop chart early the following year. Rexha's first album actually became a set of two EPs, beginning with All Your Fault, Pt. 1 in early 2017. A six-song set, it included guests Ty Dolla $ign on the Stargate-produced "Bad Bitch" and G-Eazy returning a favor on "F.F.F." All Your Fault, Pt. 2 followed in August, another six-track set including "The Way I Are (Dance with Somebody)" with Lil Wayne, along with other features by 2 Chainz, Gucci Mane, Cashmere Cat, and country hitmakers Florida Georgia Line. Rexha's song with the latter act, the Grammy-nominated "Meant to Be," shot to number two on Billboard's Hot 100 and spent a record 28 weeks atop the Hot Country Songs chart. The track would later land on Expectations, Rexha's debut full-length effort, which arrived in June 2018. The album featured appearances by Tory Lanez and Quavo and rose to number 13 on the U.S. album chart. Album single "I'm a Mess" proved to be another hit, rising into the U.S. Top 40 and receiving gold certification in the U.S. and Australia. Days after the 2019 Grammy Awards -- where she was nominated for Best New Artist -- Rexha released the single "Last Hurrah," her seventh song to chart on the Hot 100. Additional singles followed throughout the year including "Harder" and "Can't Stop the Girl," the latter of which was written for the Maleficent: Mistress of Evil soundtrack. In October 2020, she paired with Doja Cat for the song "Baby, I'm Jealous." ~ Aneet Nijjar & Neil Z. Yeung