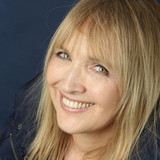 Taivi’s debut album, Rising Tide, launched to critical and popular acclaim – posting in the top 25 of the International Folk DJ Chart, receiving 4 of 5 stars from the Netherlands and taking the top spot of the Roots Music chart in Kamloops beside her longtime hero Buffy Sainte Marie. While dedicating much of her life to law and social justice, behind the scenes Taivi was gaining traction in her musical life. Beyond popular music, she became immersed in folk-roots traditions from North America, Latin America and Scandinavia, dove into ancient Indonesian gamelan music, and explored choral work. More and more she was drawn to writing songs. Taivi is Toronto-based, but her ancestral roots are Estonian - a nation which has become known for having changed its destiny through a “singing revolution.” She carries the genes.

Her music at times can convey her close connection to the land, reflect experiences of those close to her, speak of things left unsaid, and at times - express the joy of being here.