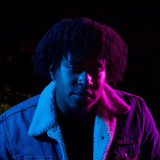 Known for making dark, emotional and powerful melodies. Oddcube has set a name for himself shortly after moving to the Trap/Future Bass music scene. Started his music career as producer making Big room/Progressive House in High School at the age of 17 which then led him to his true passion which is growing exponentially. With over a total of 60 million YouTube views and a current growing 1.6 Million play Spotify account, Oddcube has been on a consistent uphill road to success. He has been featured on well known YouTube channels and labels like Trap Nation, Trap City, Lowly Palace, Syrex, 7 Clouds, Aviencloud to list a few. Any channel can promote any of my songs as long as you include any download\purchase link and my social media links.