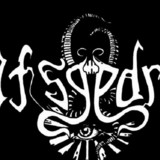 Elfsgedroch is a word from “Middelnederlands”. Middle Dutch is a collective name for a number of closely related West Germanic dialects whose ancestor was Old Dutch and was spoken and written between 1150 and 1500.

An Elf or an Alf is a ghost-like that are associated with doing the devil’s work . In some cases Elfsgedroch also refers to witchcraft / sorcery. Like in the book “Spieghel Historiael” from the 12th century by Jacob van Maerlant. He claims Elfsgedroch is the work of fallen angels. Another source where the word Elfsgedroch is being used, is in the medieval poem Karel ende Elegast (written in Middle Dutch). In a dream Charlemagne hears voices and he questions himself: “Ist Elfsgedroch da mi quelt?” Was he deceived by an Elf / Alf? In this case the Elf is an evil spirit, so it must have been the work of the devil.Our music is inspired by the northern parts of the Netherlands. With it’s desolate meadows, haunting winds, hungry sea, ancient spirits, occult myths, dark legends and bloody historic events.