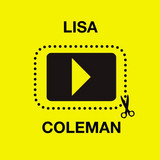 In 1980, LISA joined as a member of Prince's band, The Revolution, where she remained until 1986 including as part of the Purple Rain phenomenon for which the group, along with Prince, won two Grammy Awards and the Oscar for Best Original Score. After leaving The Revolution, LISA went on to form one half of the musical duo Wendy & Lisa, with childhood friend, guitarist Wendy Melvoin in 1986.

The duo have released five albums and through their work as film and television music composers, they were awarded the Outstanding Original Main Title Emmy in 2010 for their theme to the hit show, Nurse Jackie.